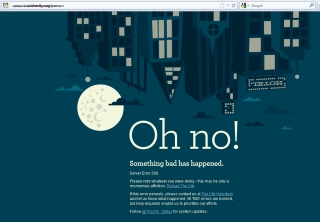 Another update to WordPress, the content management system that we use heavily, was released in December (version 4.1). I installed it on all of the websites we manage just before the New Year rolled over.

In addition to the WP update, we had some other excitement last month. On the 9th, some of the DNS servers we depend on were hit with a DDoS attack. A DDoS (distributed denial-of-service) attack is sort of like what would happen if an NFL quarterback attempted to get suggestions for the next play from the neatest 75,000 screaming fans.

Not surprisingly, some of our websites were offline for about 2 hours. The whole thing was resolved by the next morning, but it made for a pretty late night here. Such is the interdependent nature of the web, I suppose.